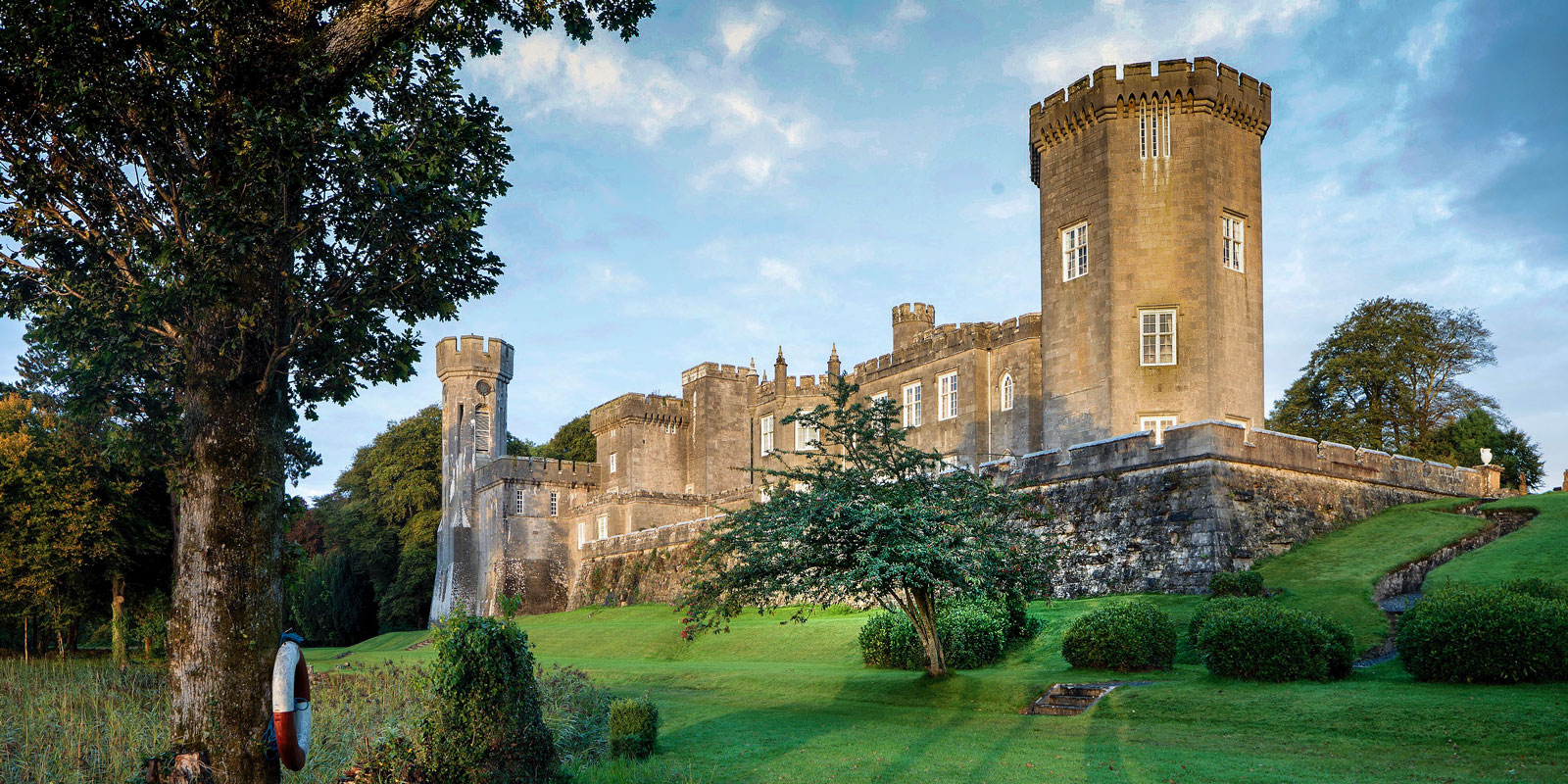 Lough Cutra Castle, near Gort in County Galway has an unrivalled setting in rolling parkland on the shores of Ireland’s largest private lake. The estate was granted to Sir Thomas Prendergast and inherited by his grandson John Smith, subsequently created Viscount Gort, who commissioned “the most romantically situated and the finest surviving of John Nash’s Gothic-Revival castles in Ireland.” Gort’s nephew, Charles Vereker, inherited his title and estates, but was bankrupted by the Famine. The new owner, Field-Marshall Gough, extended the castle and planted an arboretum. The family moved out in the 1920s and the castle was boarded up for many years, but has been restored very sensitively since the end of World War II.