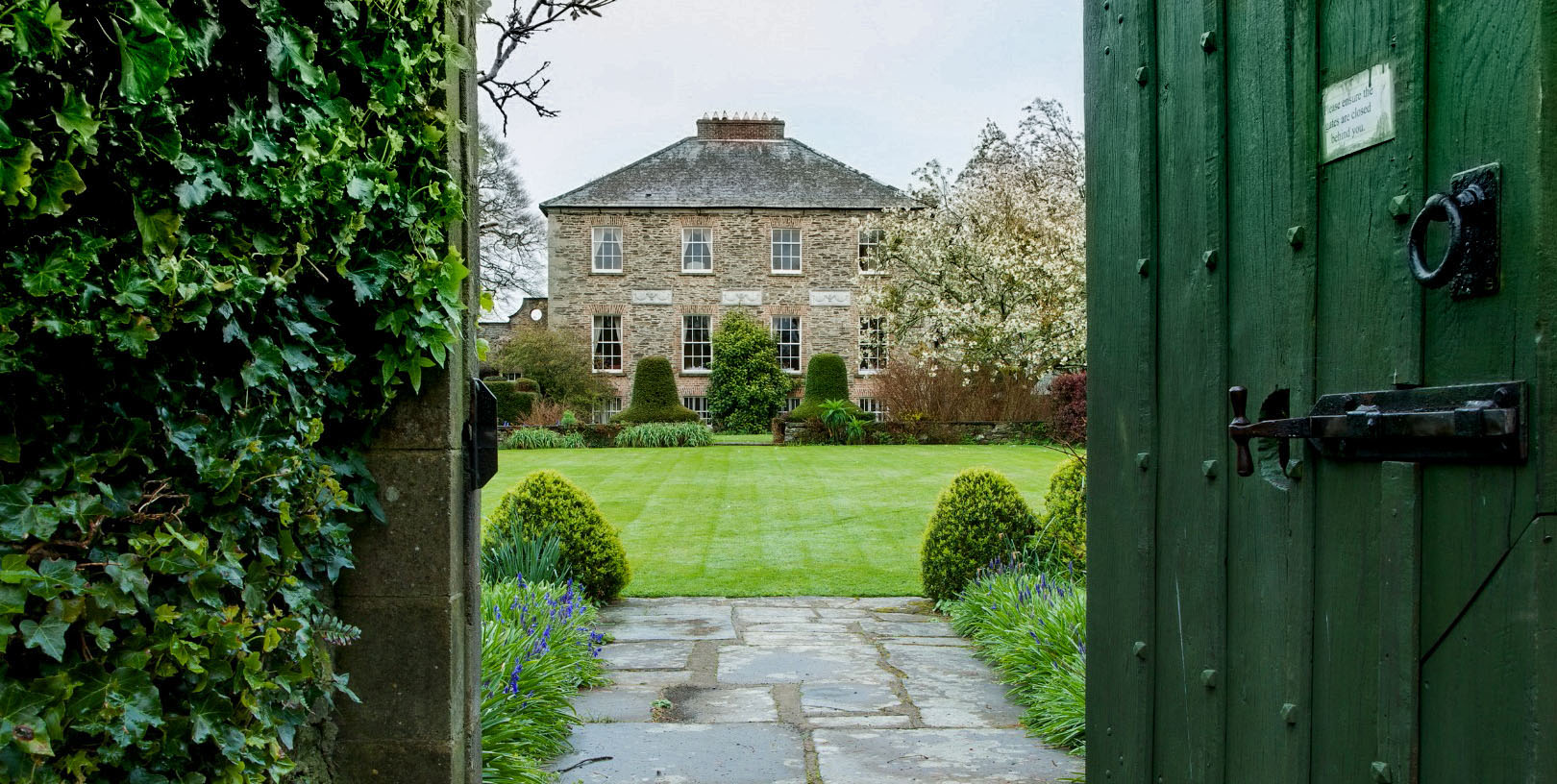 Kilmokea, on Great Island in south County Wexford, was built in 1794, on the site of an ancient monastery as the glebe house for a Church of Ireland rector. The house is a simple, neo-classical late Georgian building of two stories, roughly square in plan with a three-bay facade protected by a later porch. The garden front is of four bays and the rooms at the rear are set high above the lawn and treated as a piano nobile. While there is no cornice, the roof is hipped and elegantly sprocketed, and the flues are all diverted into a single elongated central chimney stack.

Great Island is not actually an island, although it is largely surrounded by water. The River Barrow, which converged with the River Nore just upstream from New Ross, forms its western boundary and joins the River Suir at the inner reaches of Waterford Harbour, which borders Great Island to the South. The Campile River, to the east, also flows into Waterford Harbour, while the connecting isthmus to the ‘mainland’ of County Wexford is largely low-lying and prone to floods, hence the name Great Island.

Kilmokea stands on the highest point of the isthmus, north-west of the small town of Campile. Just a few miles beyond, the Hook peninsula stretches southwards like a rocky finger pointing out into the Celtic Sea. In the twelfth century the first Normans settlers landed near Hook Head and put their stamp upon the entire region. The great ruined Cistercian abbey of Dunbrody, standing in splendid isolation on the banks of the Campile River, is perhaps their finest legacy.

In the 1950s Kilmokea was in a dilapidated state when purchased by David and Joan Price, prime movers behind the Wexford Opera Festival. They restored and extended the house in the fashion of the times, removing the external rendering and stripping and waxing the internal joinery by hand. But their principal focus was the garden, where the subtropical microclimate allows many rare and tender plants to flourish. They surrounded the house with a series of interconnecting garden ‘rooms’ of varying size, while a reconstructed millpond, on the opposite side of an adjoining by-road, feeds a small stream that winds its way through a magical woodland garden to the River Barrow.

In the 1990s Kilmokea was purchased by Mark and Emma Hewlett as their family home. Together they have extended and enhanced both house and garden, which they maintain to an exemplary standard, and have built a magnificent new conservatory.