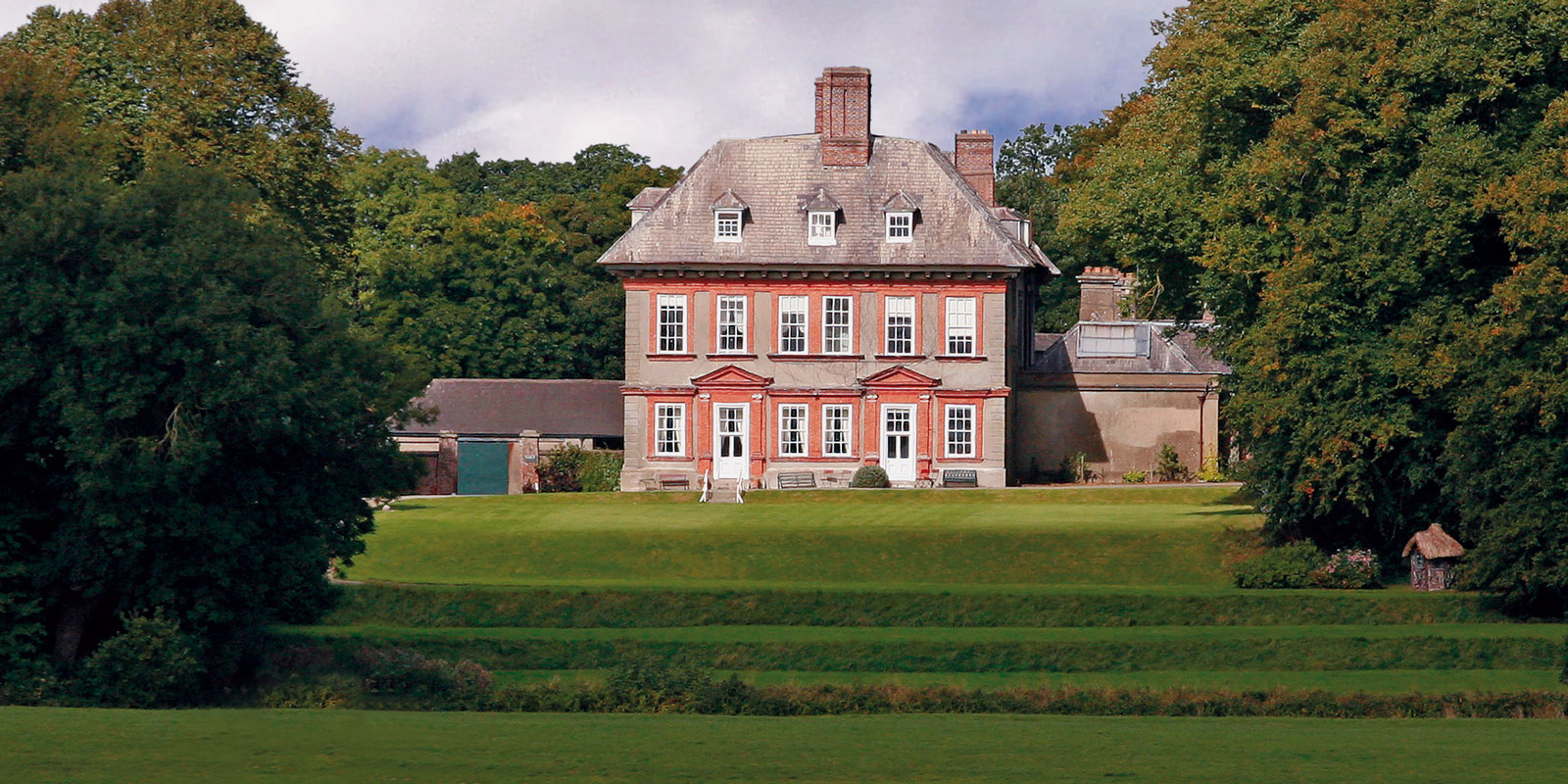 Beaulieu has long been considered Ireland’s most important surviving 17th century house, and one of the earliest country houses to be built without any defensive features whatsoever. The estate, just outside the town of Drogheda in County Louth, overlooking the estuary of the River Boyne, has existed for more than 800 years. Home to the Plunkett family until 1650, in 1660 it was granted to Sir Henry Tichbourne by King Charles II. Recent research indicates that the Beaulieu may have been built in two stages during the 17th century, firstly for the Plunkett family and subsequently by Sir Henry, who further remodelled the house when created Lord Ferrard shortly after 1700.

The result is a fascinating house in the Artisan-Mannerist style, similar to the designs of Sir Roger Pratt and John Webb in Carolean England. The façades are rendered, with architraves and other decoration in exposed brick. The three central bays of the entrance front are deeply recessed and this is reflected by the deep, hipped roof with strategically placed dormer windows, massive chimney-stacks and a richly detailed cornice supported by substantial carved console brackets.

The interior is equally fine. Indeed the double-height central hall, with its carved trophies and armorial cartouches, is one of Ireland’s finest early rooms, while the other principal rooms retain early features and splendidly rich compartmented ceilings. The house still retains an important family collection, built up over many centuries.

A straight lime avenue leads to the front door while the garden front looks out over lawns to the estuary of the River Boyne. There is a superb walled garden, with walls of faded pink brick, adjoining the local parish church.

Beaulieu has never been sold but has passed from mother to daughter on numerous occasions. The present owner, Cara Konig, is the eleventh generation in descent from Sir Henry Tichborne.